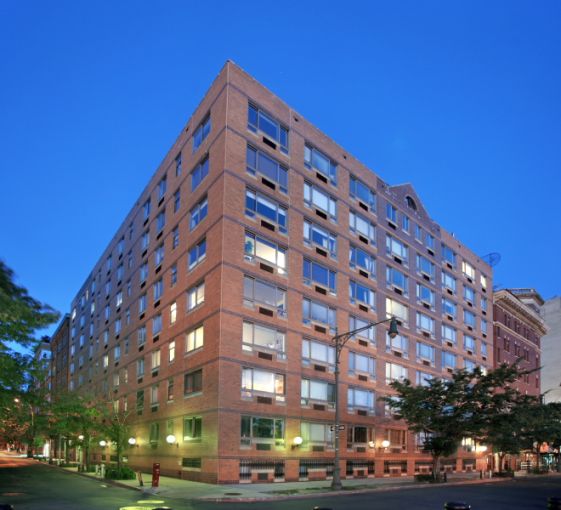 The Singer & Bassuk Organization arranged a $60 million Fannie Mae loan on behalf of Rockrose Development Corp. to refinance 110-114 Horatio Street in the West Village. Wells Fargo is the Delegated Underwriting and Servicing provider in the deal, according to the brokerage firm.

The 10-year, fixed-rate loan replaces existing debt on the property, including a $31 million CMBS loan provided by Morgan Stanley in 2005, also brokered by Singer & Bassuk.

After the buildings were damaged by rising water from the Hudson River during Superstorm Sandy in 2012, Rockrose installed an extensive emergency generator and flood protection system to safeguard the buildings from future storm damage.

The new equipment includes floodgates and an 8-foot AquaFence flood barrier to protect the building’s full parameter. As part of the restoration, Rockrose also relocated the boiler and electrical switching systems from the basement to the ground floor.

The sponsor is now in the process of upgrading other areas of the two buildings, including a remodeling and expansion of all of the penthouse units, a new lobby and front entrance, and a new gym and laundry room.

“We just celebrated our 40th anniversary of arranging loans for Rockrose,” said Andrew Singer, chairman and CEO of Singer & Bassuk. “They have long demonstrated enormous creativity in their developments and have once again turned a real estate challenge into an accretive asset. This building should withstand any test Mother Nature can throw at it.”

Rockrose President Justin Elghanayan was not immediately available for comment.