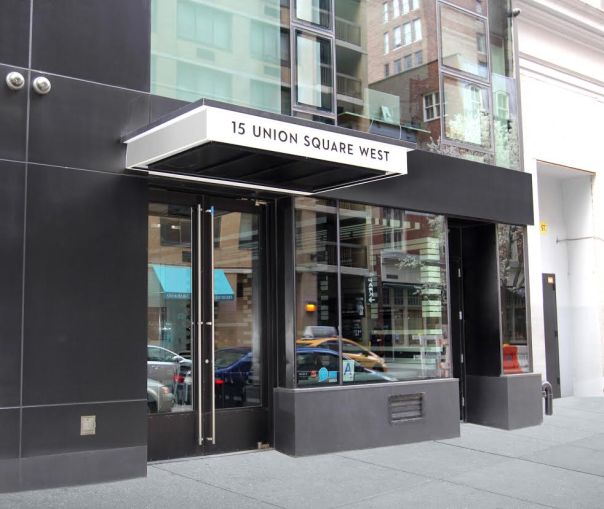 The State Teachers Retirement System of Ohio, the building’s owner, is looking to lease the space at an asking rent of $43,750 per month, according to Winick Realty Group, which is exclusively marketing the space.

“This location is ideal for an experienced operator who knows the neighborhood,” Mr. Rapuano said in prepared remarks.

The property between Union Square West and Fifth Avenue can host a range of potential tenant types, but particularly restaurants based on its past build out, according to a news release by Winick,

Pizza Vinoteca, which previously occupied the space, left the retail portion of 15 Union Square West a few months ago, according to a spokeswoman. The grilled pizza restaurant instead moved its operations to Washington, D.C., food blog Eater New York reported in January. The building has 35 residential condominium units and features a swimming pool, according to StreetEasy.