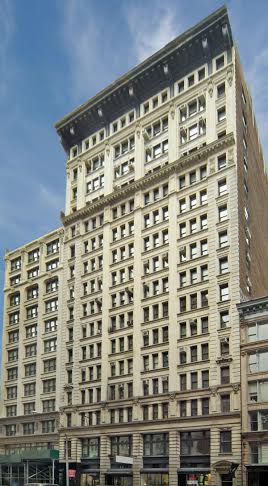 Bandier, a luxury fashion, fitness and music boutique where spandex sells for $130, has signed an office lease at 20 West 22nd Street between Fifth Avenue and Avenue of the Americas, a property owned by a handful of ABS Partners Real Estate executives and investors.

According to a press release issued by ABS Partners, Bandier will move into its 2,309-square-foot space on the 10th floor of the property later this month.

John Brod and Charles Conwell of ABS Partners represented Bandier in the transaction.

“What started as a pop-up concept shop last November with a month-to-month lease at 915 Broadway, has extended well beyond that,” said Mr. Brod. “As a direct result, Bandier needed an office space to accommodate its growth and the launch of its e-commerce business, which ABS continued to facilitate.” A group of ABS executives and investors also own 915 Broadway.

The 16-story property at 20 West 22nd Street was built in 1911 and sits one block from Madison Square Park. City Year and Materne North America are also tenants at the property.