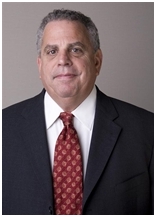 “David [Greene] and I have been talking for a number of years and I’m excited because it’s a great platform,” said Mr. Furst of his new position. “There are great people here. I had been at my former place for 16 years, and it was a great run with great people. I just wanted to go to a little bit of a smaller shop.”

“I’ve been very active in [the Midtown South] market for a very long time, representing tenants and landlords, and I was one of the first guys to be active in that market before it got hot,” he said of the neighborhood.

“Mark is really one of the pioneers in the area,” said David Greene, the president of brokerage services at MHP. “He has certainly been a participant and a witness to the growth of Midtown South and Flatiron.”

“One of the terrific things about Mark is that he’s also going to be mentoring a lot of the younger brokers,” he said. “He’s going to be a terrific influence on the brokerage itself.”