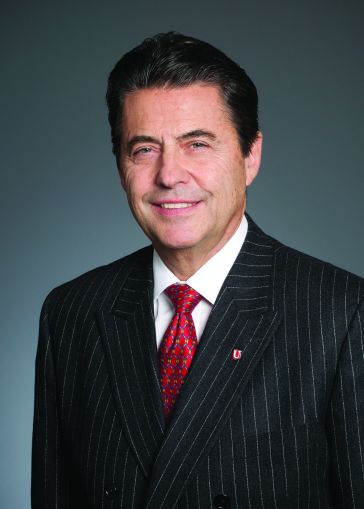 Herbert Kolben, a 30-year industry veteran, helms real estate investment and lending for Ullico, a Washington, D.C.-based pension and life insurance company. He recently told Mortgage Observer about the provisions borrowers are demanding today, lending on projects that create union jobs and what kind of due diligence is involved in building an animal terminal at JFK airport.

Mortgage Observer: How did you get into the business?

Herbert Kolben: By accident [laughs]. When I got out of grad school in Canada I moved to Miami. I was a marketing major, and then I got an M.B.A. in finance. I was living with my in-laws, and though they were lovely, I wanted to get out of there. The first job offered to me was with a REIT. I knew nothing about real estate because they didn’t teach it in schools those days [the 1980s]. Then that was all she wrote. I did very well, and one thing led to another.

How long have you been with Ullico?

How has the business changed in that time?

It has gotten more sophisticated. There was the entry of CMBS.

Has that been good for the industry?

It’s been good for borrowers and developers, and for lenders who partake in that market. It’s provided more liquidity. But has it been good over all? It has its pluses and minuses. At times it has led to lower underwriting standards. It led to groups that had no interest in owning the paper [holding the reins].

Some portfolio lenders have mentioned that as CMBS comes back, and some lenders get more aggressive, they feel they can’t necessarily play in this round. Do you ever feel that way?

Absolutely. But we do a lot of construction loans—both to create jobs for the union members but also to balance the portfolio. [Those aren’t going away]. All of our projects require 100 percent union [work] on construction projects.

Which borrowers you are targeting?

We deal with some of the most sophisticated and well-known developers in the country: Trump, Related, Brookfield, SL Green, Hines, Tishman Speyer.

What’s going on in the construction lending realm?

[Borrowers are] pushing for non-recourse with guarantee of completion and looking to limit their exposure, to the extent that they have recourse obligations. For example, if they have debt service guarantees and they go into default they want to put a limit on the number of months that they are obligated to fund the debt service. The maximum number of months they would be on the hook, they want to minimize.

How do you approach that?

We say no. Our investors are public and union pension funds; we have about 185 investors in our top fund. We’ve been around since 1977 and we only had one negative year, in 2010 at the bottom of the market.

So you are doing something right.

Do you see other life companies becoming more competitive? Is that affecting your business?

There are always competitors. We like to think of ourselves as rational lenders. If a problem arises, we sit down and discuss it. We aren’t looking for all the marbles. We will work it through. We’ve had to take back a building or two, but for the most part we haven’t had many foreclosures. I attribute it to just good underwriting.

Do you see interest rates rising?

With the so-called “wall of maturities” on the horizon, do you think you’ll be seeing assets that are simply not financeable?

Probably. But as long as interest rates stay low … it presents an opportunity.

What have you been up to recently?

We just closed a $25.7 million deal for “the ARK” at JFK. It financed the conversion of Cargo Building 78 into the only U.S.D.A. approved animal facility in the world.

What were the challenges in lending on a unique asset like that?

The biggest challenge was just to negotiate the ground lease with the Port Authority, but we got it done. Cornell College of Veterinary Medicine was involved. It took a lot of research and due diligence.

Will 2015 see a significant rise in lending volume?