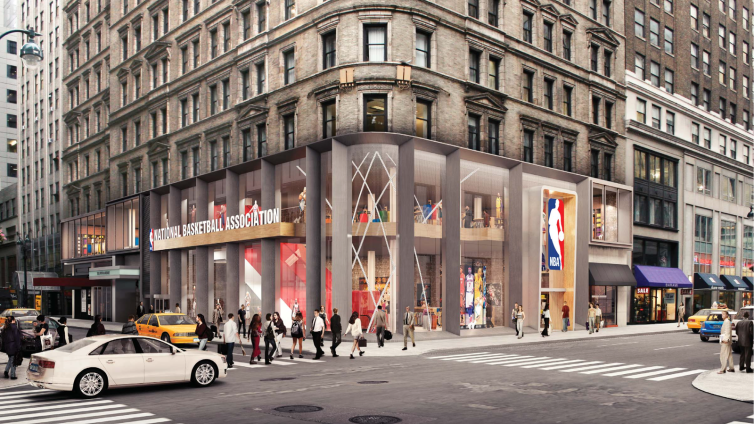 “The property has undergone a complete renovation to compete with the finest buildings in the Grand Central office submarket,” according to Moinian’s website.

In December 2014, the global conference-planning firm IQPC renewed its ten-year lease and expanded its square footage at the 36-story building at 535 Fifth Avenue. In November, the National Basketball Association signed a lease for permanent flagship store space at the 13-story building next door at 545 Fifth Avenue.

“Meridian structured a loan that greatly benefited the ownership of this class-A New York City property,” Mr. Anderman said. “We took advantage of the historically low interest rates and closed the financing prior to the 545 Fifth Avenue corner lease, while the remaining portion of the retail space is being retrofitted and repositioned to be re-tenanted.”

Representatives for Moinian and Morgan Stanley were not immediately available for comment.