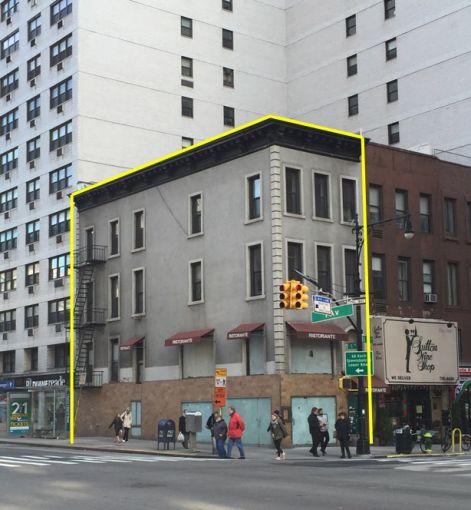 Owner and investor Peter K. Ting of Sutton 57 Realty has purchased a four-story, mixed-use building at the corner of East 57th Street and First Avenue for $6.1 million, Commercial Observer has learned.

According to Newmark Grubb Knight Frank, which represented the buyer, the property at 401 East 57th Street was sold in an off-market deal. The building includes 4,064 square feet above-grade and 900 square feet of retail space on the ground floor. The entire building is currently vacant.

“This particular building provided an opportunity for an experienced owner to take advantage of its prime location and an investment sales market which is still very strong,” Mr. Schwartzman said.

Mr. Ferrara stressed that “due to its high visibility and steady foot traffic, the property will have significant interest across the board after its renovation and will have no problem securing suitable tenants who want to be in the highly desirable Sutton Place neighborhood.” Mr. Weiss said that “both sides received a fair deal.”

Mr. Schwartzman noted that the new owner plans to renovate the entire building, which will still include retail space on the ground floor with a basement and likely include single-floor apartments.

Update: This article has been edited to reflect all brokers who participated in the transaction and comments from Michael Ferrara and Jeff Weiss of Highcap Group.