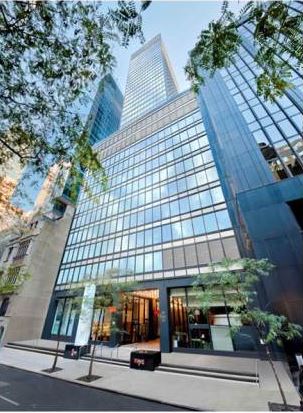 Austrian crystal maker Swarovski signed an 11-year-deal for 17,850 square feet at SL Greene Realty Corp.‘s 10 East 53rd Street, according to a press release from SL Greene. The lease is for the entire 26th and 27th floors of the 37-story tower between Fifth and Madison Avenues, according to the landlord. The 354,046-square-foot-building is currently undergoing a $64 million renovation.

The Swarovski deal follows a recently announced lease with Equinox Fitness for a 32,000-square-foot fitness center in the building, which Commercial Observer previously reported.

Asking rents for the space were not immediately available.

SL Green purchased 10 East 53rd Street, previously known as the HarperCollins Tower for the publishing company that SL Green’s website still lists as a major tenant, for $252.5 million in 2012, according to city property records.