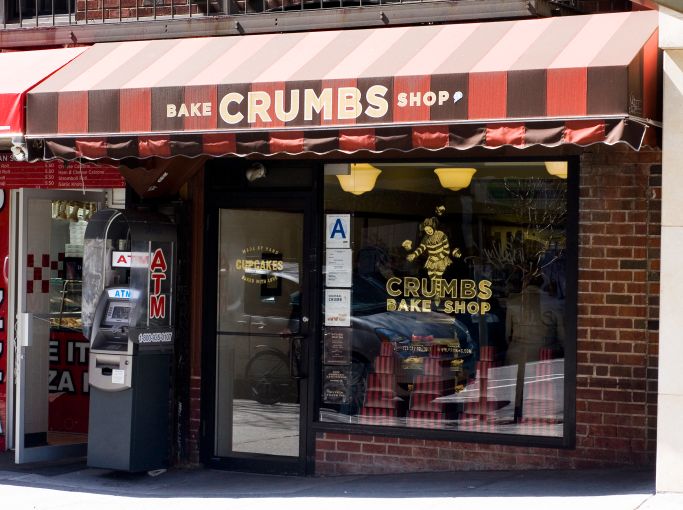 A new coffee shop serving Italian-style coffee and in-house, hand-made baked goods, is building out the 950-square-foot space where Crumbs Bake Shop used to be in Chelsea. Seven Grams Caffe signed a 10-year lease in June and plans to open at 275 Seventh Avenue between 25th and 26th Streets in the second week of September.

“The lease was signed prior to Crumbs’ announcement that it would be closing down all of its stores,” said co-owner Sharon Kazes, formerly a co-manager of Breads Bakery in Union Square. “As someone who’s been in the food retail business for the past 20 years, it is of course unfortunate to hear of a business closing down, of people losing their jobs and investors losing their money. To me personally, it made the message behind Seven Grams resonate even more—going back to basics, staying true to core products of the highest quality, and never loosing touch with our customers.”

Seven Grams, whose name is an ode to the Italian espresso shot made out of exactly seven grams of ground premium coffee, will have 18 seats, said Mr. Kazes, whose business partner is Noam Ofan, the co-founder and former chef at a high-end pizza chain and a bar, both in Israel. The Seven Grams menu includes Italian-style coffee, brewed coffee and teas and artisan baked good such as home-made cookies, loaf cakes, drop scones, croissants and brownies. The asking rent in the Chelsea deal was $175, Mr. Kazes said.

Crumbs will emerge from bankruptcy on Aug. 26 with a new owner, Lemonis Fischer Acquisition Co., following a $6.5 million bid for the company, the New York Post reported yesterday.

Early last month Crumbs abruptly closed all of its locations a week after its shares were delisted on Nasdaq. The cupcake chain had dozens of shops with more than 12 in New York City alone. The first shop opened in March 2003 on the Upper West Side and the company went public in 2011.

Following news that Crumbs’ stores were shuttering, retail brokers and tenants were jockeying to get in on the cupcake joint’s real estate, Commercial Observer previously reported.

Preston Cannon of CBRE represented the landlord, Unite Here, in the Seven Grams transaction. Unite Here represents workers throughout the U.S. and Canada who work in the hotel, gaming, food service, airport, textile, manufacturing, distribution, laundry and transportation industries, according to its website. Mr. Cannon didn’t respond to requests for comment and nor did Unite Here. Shalom Knafo of Venture Capital Properties represented Seven Grams in the deal. He didn’t respond to requests for comment. The building manager, CBRE’s Mark Furman, declined to comment.