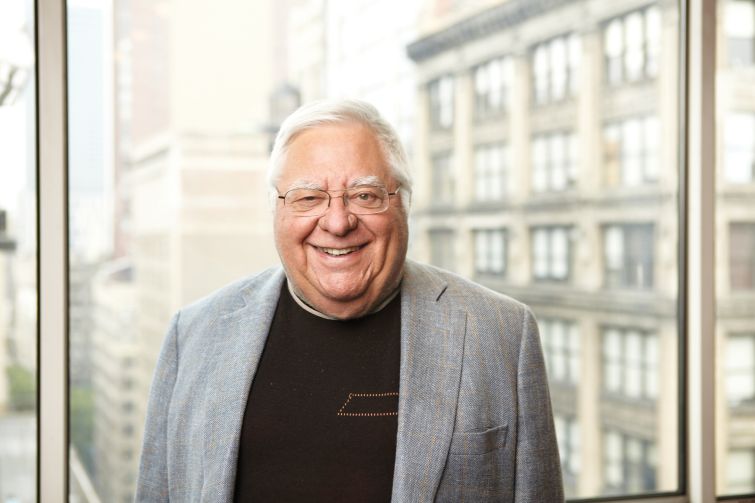 David Berley has spent over half a century in the real estate business and the bulk of that time has been at the helm of Walter & Samuels. The Brooklyn native pioneered the commercial-to-residential conversion, but with property prices skyrocketing, the septuagenarian has dramatically shifted his strategy and today is closing retail condominium deals at a rapid clip.

In the past three months alone, Mr. Berley has made retail deals at 316 Bowery, 119 Fulton Street and partnered with SL Green to buy 719 Seventh Avenue in Times Square. Many of Mr. Berley’s retail investments are occupied by high-profile restaurants, including the Harrison in Tribeca and Saxon+Bowery in Noho. The veteran investor is also bringing the Parisian bistro Le Coq Rico to the city at his 32 East 20th Street property in the Flatiron District.  It’s all part of his long-term strategy focused on wealth creation, which he claims to have picked up from European investors during the early part of his career. With tenants paying under market for much of the space in his portfolio, there appears to be tremendous upside to Mr. Berley’s most recent deals. The investor spoke with Commercial Observer last week about his shift to retail assets and how he identifies investment opportunities.

Commercial Observer: What attracted you to the retail condo at 316 Bowery occupied by Saxon+Parole?

Mr. Berley: I’ve been doing this for 53 years and, to be honest, most of my activity—99 percent—is in Manhattan. But there were parts that, until recent years, I wouldn’t invest in. The Bowery was one of them. And today it is very vibrant. I found a restaurant that is extremely popular and the rent there is more than fair. I’m very excited about owning it and value will grow through the years.

We like that they have a full restaurant and bar in the basement, as well as private catering. There is an added value because usually when you buy retail, the basement isn’t selling space.

What is your overall strategy?

I buy to create wealth. I’m not someone who has a five- or seven-year horizon. At the beginning of my career I worked with European investors and “long-term” in the European mentality at that time was generational. I’ve shared that outlook for many years. I have owned some properties for 40 years and the numbers are mindboggling. If I showed you the numbers, you’d think I’d struck gold.

You’ve acquired a number of other properties with restaurant tenants, including the home of the Harrison in Tribeca, and you’ve leased space in your existing portfolio to eateries. Has that been a focus?

With the Harrison on Greenwich Street, that’s a very vibrant area—Citigroup just took the rest of its headquarters building from SL Green. The restaurant has two years to go on its lease with rent that is under market. We’ve been approached by third parties offering twice the rent but we’re not offering the space yet.

At another of your properties, on 20th Street, you’re bringing the popular Parisian bistro Le Coq Rico to New York. How did you indentify the tenant?

We used a broker to tenant the space.  I felt we could get a better tenancy at a higher rent. It’s very well regarded in France. There are no other locations and they’re coming to New York.

Are there other areas of opportunity in your portfolio?

We bought 90 Hudson Street and there we have Douglas Elliman as a tenant but that area seems to get better and better. I’m sure there’s a higher and better use there as retail.

And we recently partnered with SL Green to buy 719 Seventh Avenue. What’s a better example of retail value in the city of New York than Times Square?

You also recently bought a retail condo at 119 Fulton Street downtown, can you describe the upside there with the Fulton Transit hub and World Trade Center site located nearby?

The current rent there is about $125 per square foot and it’s in an area where I’m told $300 per square foot is more the norm and heading north. These are the opportunities you look for if you’re looking to build wealth.

You seem to be very attracted to retail at the moment. Why is that?

I’ll tell you why I like retail: When you get a new tenant in a commercial building, there’re a lot of costs involved and those things don’t seem to happen with retail. Even if someone goes out, there’s always someone that will put a key in the door and be in business. If you’re thinking long term, all you need is a good retail broker. It’s a lot different than running an office building with a lot of moving parts.

Your strategy has significantly shifted. Can you explain why and how that is?

Quite frankly, if I wanted to buy the buildings that I do own or have owned even five years ago, they’d be beyond my reach because the prices have changed so dramatically. I’ve got to go look for product I believe in that maybe the big guys don’t chase or is too big for the little guys. It has a lot to do with acting quickly.

I’ll give you an example: a broker brought me a deal at 107th and Broadway. My son, who was a professor at Columbia and now works for me, lived near there, so I knew it was a good area. I bought the space, which is tenanted two-thirds by Bank of America and one-third by LensCrafters. Winick gave me the opinion it was under-rented and I bought it at a five percent return. If I wanted to buy Bank of America bonds, I couldn’t get that return. I’m very pleased with that one.

You’ve been in the business many years and have seen a number of cycles What’s your view on the current market?

Let’s just say this: I’m cautiously optimistic. As you get older, you get a little more nervous. But I have two young children and they restore my energy. I can’t answer you specifically but I’ve seen cycles and this is an up cycle. But I’ve never seen one that didn’t go down. I can’t predict it because I’m not an economist. There are so many issues involved that will formulate the future.

Are there particular areas of opportunity you’ve identified in New York? Will you look more at the boroughs?

I’m starting to look now, but as long as I’m finding things in Manhattan I’ll focus there. I’ve never been busier in my career than I am with these retail condos. It’s hard for me not to pursue them.

I’ll leave you with a philosophy I’ve carried with me throughout my career: What looks expensive today often turns out to be cheap and what looks cheap often ends up being expensive.