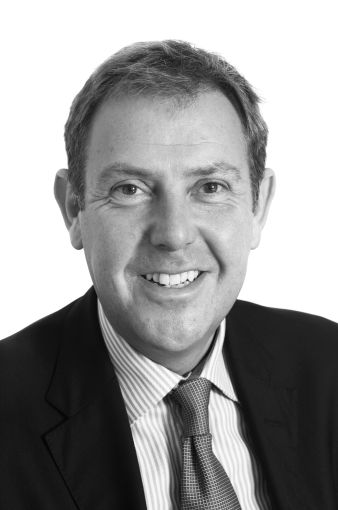 Mortgage Observer: How long have you been involved in real estate finance?

Richard Stanley: I have run the real estate banking advisory team at JLL since 2009, and before that I ran the same team at DTZ. I’ve been doing this for 20-some years. Longer than I care to mention.

Where is Europe in terms of recovering from the euro zone crisis?

Banks took action much quicker in America, so you have a sort of Mexican standoff in 2010, 2011 in Europe, with capital waiting on one side and banks holding stock. By springtime last year, things were really moving, instead of just moving the chairs around on the deck of the Titanic. Lloyds Bank took the lead, particularly on note trading, and sold a number of portfolios in the open market very, very successfully to a variety of private equity funds, Lonestar being one, Cerberus being one. Last summer we had our busiest summer since 2010.

And where are we now?

Well, the pricing of these big portfolios is becoming so competitive, so now we are seeing private equity moving into Europe, using London as a stepping stone. It is becoming very, very competitive. The U.K. is beginning to look very well priced, even expensive, in places, which is why you see people looking to Spain. There is an enormous amount of opportunity in Spain and other Mediterranean- basin countries. Spain and Italy—those are the two hotspots for private equity at the moment.

So U.K. assets are formally in a recovery, but continental Europe not so much?

The market has been driven by an incredible appetite to invest in the U.K. economy. Full stop.

So, setting aside the popular line about how much housing pricing is going up, which is 18 percent in the quarter in London, there is an improvement in the underlying performance of businesses in the United Kingdom. There is a huge amount of money chasing these opportunities. There is more confidence in the economy. The regulator in the far distance is getting closer to getting to the bottom of what these banks are doing.

Pricing is meeting where [lenders] provisioned the loans to. They can sell without further losses. Banks are a very intelligent lot. They want to be bankers—they don’t want to be running these huge property companies. But when you talk about Europe, you’re in very different place. As a rule, the further south and east you go in Europe, the more complex it becomes [for a workout] from a financial and especially a legal perspective. In the U.K. particularly, there is a very transparent legal framework for banks to work in with regard to security. From a lending perspective, it is less risky than Spain, Italy and, indeed, Germany and France. From an investor’s perspective, the general market is much clearer over here. It is American money, and though we are divided by a common language, they understand the Brits and they like it.

So they are a bit more hesitant on the Continent?

When you go to places where you are lending on real estate and have to go to the courts to get it back, you’re only going to lend at higher rates. There is also a review, called the “asset quality review,” which is requiring all the European banks to make sure they’ve made adequate provisions. Now, I’m sure they have made adequate provisions, but it will continue to build the pressure on these banks to release products into the market and they are sitting on an enormous amount of product. And the decision to sell them—be it real estate or whatever—will start to be driven by capital adequacy requirements.

So will European banks be most likely to sell to private equity and hedge funds?

Who are the biggest players in buying up distressed debt and equity in Europe at the moment?

Blackstone, Apollo and Cerberus are probably the lead players.

What about Hines, which has been buying up U.K. malls and has said it will spend £1 billion on U.K. assets over the next two years?

When you look at shopping centers, they have been underinvested in, so you have someone whose equity has been blown out the water. So if the shopping center is undercapitalized and they come in with access to cash, they will draw that into very strong returns. Hines is a fantastic operator. They have the cash to invest in that area. They are a client of our firm.

Will American investors be buoyed or dissuaded by the pending regulation?

It will simply fuel the desire for private equity to invest time and money in European jurisdictions. The Blackstones, the Oaktrees of this world will replicate their London offices in continental Europe because they see there are deals being done now. The European global banks based in Europe will want to divest themselves from lending. If you are buying into the cycle correctly, you want to buy now.