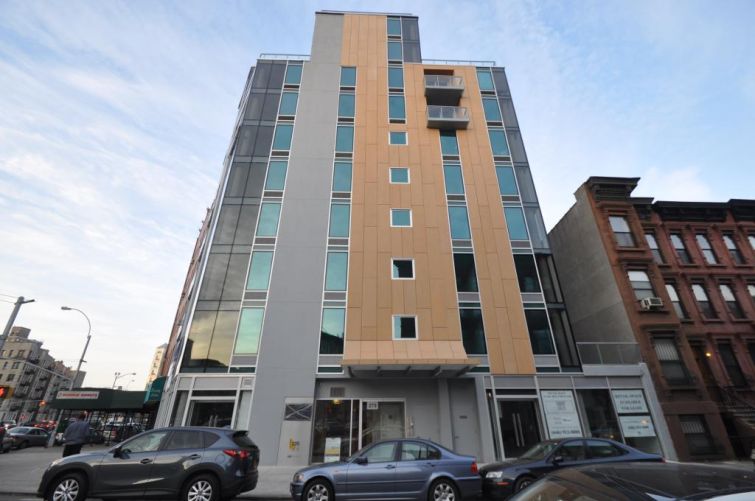 Of all the New York City projects to emerge from the recession in good shape, one of the more dramatic turnarounds was undoubtedly 220 Saint Nicholas Avenue, a Harlem rental project resurrected by the Gorjian brothers last year.

The pair, who together comprise the Gorjian Real Estate Group, bought the $12 million mortgage on what was then a stalled condominium project from Valley National Bank in 2011, likely at quite a discount, after developer Piper-Cadmium encountered difficulties during the credit crunch. The project and many others sat partially constructed for years when financing dried up in the darkest days of the recession. And buildings in neighborhoods—like Harlem—that were recently considered marginal were some of the first to falter.

Now, the Gorjians have fully leased the building, including two penthouses that rented for more than the cost of a compact car—an almost perplexing sum ($7,000 per month) for the once-blighted area.

“It took a year to foreclose and another year to finish construction,” said Cobby Gorjian, who with his brother Justin runs the development firm (they are the sons of Gorjian Properties head Gideon Gorjian). “It’s a challenge to take somebody else’s work and turn it around.”

The property also includes two commercial spaces, one of which has already been rented—to a high-end hat store, which seems an appropriate denouement for the area’s gentrification cycle—and the other of which has interested tenants, Coby Gorjian said.

“We are confident that the neighborhood has been 100 percent absorbed by the Upper West Side,” said Justin Gorjian, echoing that booster-y chorus that many developers and brokers in the area have long sung. But could it be accurate now? The project, after all, features a yuppie’s amenity selection wet dream: dishwashers, roof deck, keyed elevator entry, and wine storage.

This week, the Gorjians took out a $9 million loan from Customers Bank on the building, a transaction with a loan-to-cost (cost of the purchase and renovation) ratio of 138 percent, according to Meir Kessner of Eastern Union Funding, who brokered the loan. Messrs Gorjian originally financed the buy at 220 Saint Nicholas with their own equity, they said.

The six-year non-recourse loan was handled by Mr. Kessner and his Eastern colleague Ira Zlotowitz and has an interest rate of 3.5 percent, Mortgage Observer has first learned.

The bank was willing to grant that relatively hefty sum because of the success of the building and the bright prospects for the sponsor, according to Mr. Kessner. The funds from the new loan will be used on upcoming real estate projects.

The brothers declined to provide detail on those upcoming projects, but they appear to be decidedly ambitious. The pair recently closed on 12 Upper Manhattan properties, which they bought with Harlem-based ABJ Properties. Gorjian Real Estate is also “in contract on several more,” Justin Gorjian said.