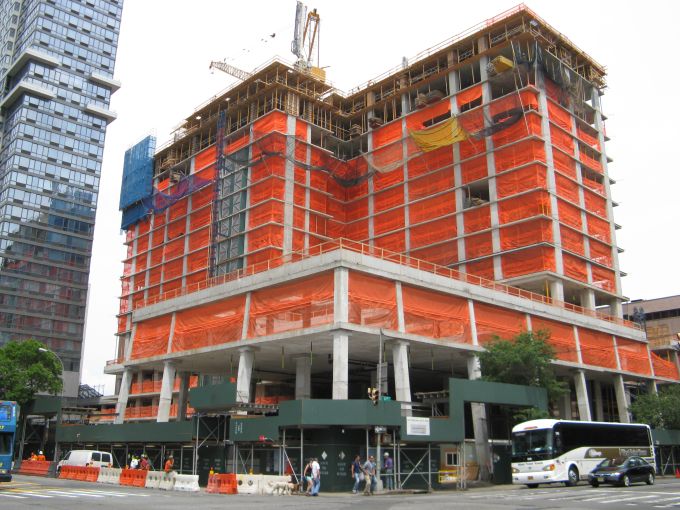 New York’s mayor of six months has remained relatively mum about the finer details of his affordable housing plan, but the deals may soon start to speak for themselves.

Bank of China is close to finalizing a deal that will provide $550 million in HFA credit enhancement bonds to fund the construction of the Moinian Group’s 80/20 residential development at 605 West 42nd Street, sources familiar with the transaction told Mortgage Observer exclusively.

The construction financing on the 60-story rental apartment property is due to close in the upcoming weeks and will carry a term of four years, according to one person privy to the negotiations who spoke on background. The debt will be provided in the form of low-interest-rate bonds sold to third-party investors, that person said.

Joseph Moinian’s real estate development firm, based in Midtown Manhattan, began construction on the apartment tower in 2013. Plans to erect the 60-story building at the corner of 11th Avenue were filed with the New York City Department of Buildings in April 2013.

The completed 1.16 million-square-foot tower will contain 1,174 apartment units in addition to 50,000 square feet of retail space along 11th Avenue and a parking garage with just under 500 spaces, a source said via email. About 235 of the studio, one- and two-bedroom units will be priced below market rate.

Construction on the building’s core now reaches the 14th story. The 80/20 development is scheduled for completion in late 2015, said one person familiar with the deal. Once completed, 605 West 42nd Street will be the largest residential development in Manhattan since Battery Park City.

In 2005, Moinian paid Verizon $120 million for the property’s site, which at the time contained a parking garage and an industrial building, according to city records.

Natixis Real Estate Capital provided a $109 million loan on 605 West 42nd Street in December 2012 to refinance previous debt from Wachovia and KeyBank following the developer’s acquisition of the property.

Bank of China and the Moinian Group declined to comment on the upcoming round of HFA financing.