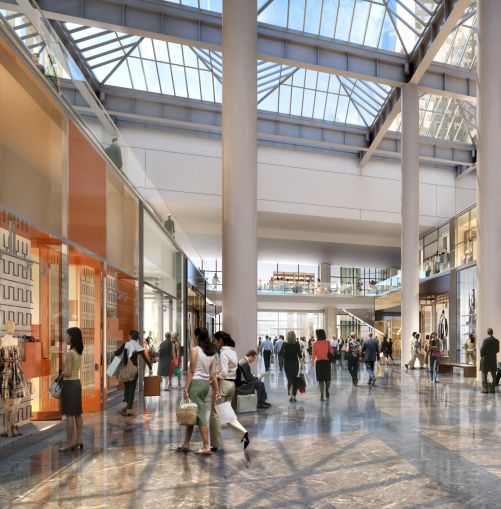 An interior rendering of the retail space slated for Brookfield Place. abarbarinobserver

J. Crew, Paul Smith and Posman Books have all signed leases at Brookfield Place, leaving the retail portion of the renovated property about 85 percent leased, The Wall Street Journal reported.

Posman Books will open its fourth location in a 2,000-square-foot space at the development. The bookseller also operates shops in Grand Central Terminal, Chelsea Market and Rockefeller Center. J. Crew is expected to open a 6,859-square-foot store, while English designer Paul Smith’s location will be approximately 2,555 square feet.

“You’re going to have locals from Battery Park City, the tourists and then the office population,” Robert Fader, the vice president of Posman Books, told the Journal. “No question that the whole area is going to be hot from the river to Broadway.”

Other retailers expected to set up shop at Brookfield Place when it reopens in 2015 include Hermes, Ferragamo, Zegna, Michael Kors, Diane von Furstenberg and Bonobos.