Until JVs Do Us Part 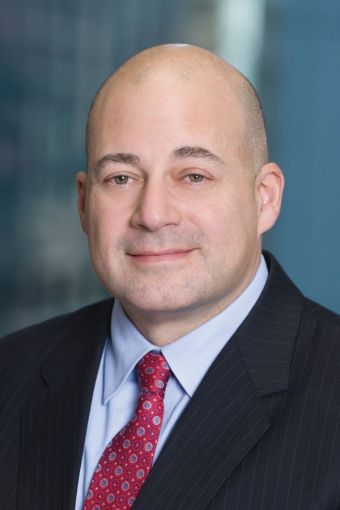 As investment sales figures creep ever higher, from hundreds of millions of dollars into the billions, real estate investors are increasingly searching for access to additional capital. One of the most trusted ways of increasing buying power is through a joint venture or partnering with another buyer or developer to bridge the gap.

From an accounting standpoint, joint ventures can be a tricky proposition. Like any relationship, when real estate entities join together without adequate communication and preparation, it doesn’t always go smoothly.

“It’s like a marriage: If you want to be married to someone, you have to compromise or you wont be married for very long,” Maury Golbert, a tax partner at Berdon, told Commercial Observer.

Industry professionals concede that accounting implications rarely are the primary factor in a joint venture equation, but that doesn’t mean there aren’t consequences.

“People do joint ventures for all sorts of reasons, and the accounting benefit is usually not the driver of any transaction,” Christopher Dubrowski, the director of professional practice, real estate, at Deloitte & Touche LLP, said.

Joint venture agreements can be complicated by a number of factors, including distribution requirements, existing ownership stakes in a property, tax-exempt status and real estate investment trust partners.

Partnering with a REIT can be a particularly big headache, accountants say, because those entities have limitations on the types of assets they can hold, how leases can be written and the type of income that can be generated by their activities.

“These are things that certain owners have never dealt with before,” Mr. Golbert said. “None of these things is insurmountable, but you have to have knowledge about these items in the negotiations.”

The accounting methods used by joint venture partners can also vary depending on the amount of control of each partner. Normally, joint ventures are accounted for in a company’s financial statement using the equity method, which is applied when an entity holds 20 to 50 percent of the venture. However, if a partner has a controlling stake in the venture, that partner is subject to consolidation accounting.

“The equity method is what is most commonly used, but you really have to look into the documents, because someone might have more control and they have to consolidate rather than using the equity method,” said Michael Gottstein, an audit partner at Berdon.

Joint venture structures can easily become complicated. Earlier in his career, Mr. Golbert remembers it being uncommon for more than five entities to be involved in a single project. But structures have become exponentially more complicated since then.

“I’m afraid to look at some of these structure charts now,” he said. “I’ve got one right in front of me, and this chart has over 30 entities on it for one project.”

On the plus side, there are some bookkeeping advantages for companies involved in joint ventures. For companies that are particularly debt sensitive, a joint venture will keep debt netted down against the acquired assets. Though investment bankers and analysts can decipher true debt/equity ratios, the joint venture partner wouldn’t show as much consolidated debt on its balance sheet, accountants say.

Income statements are also simplified in a joint venture structure. Rather than showing separate line items for a property investment, the joint venture registers as a single item, though the benefits of that are debated.

“I don’t know if that is an advantage or disadvantage,” Mr. Dubrowski said.

In the end, conflicts in joint-venture partnerships normally stem from miscommunication rather than true disagreements. Recently, Berdon executives dealt with a foreign investor and encountered difficulty explaining their issues to the party.

“It just turned out that the right person from that side wasn’t on the phone, and once we got in contact with him, we were able to bridge the gap,” Mr. Golbert said. “When you’re doing business cross-border, it’s exponentially harder.”

Accountants agree that it is essential for real estate companies to contact their advisers early in joint-venture negotiations. During the term-sheet stage, advisers can field questions on allocation provisions, tax issues and potential pitfalls, but wait too long, and it may be too late.

Mr. Gottstein said, “The biggest piece of advice I can give anyone is: Get the accountants involved before the deal gets finalized, because there’s going to be some complexity you don’t know about, and you may not have the power to change it.”