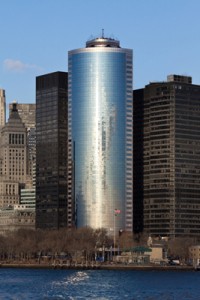 In the larger of the two deals, World Trade Financial Group has signed a 10-year, 13,030-square-foot deal for portions of the 38th and 39th floors. The tenant will pay rent in the mid-$50s per square foot, according to data from CompStak.

The firm, currently based at 100 Fifth Avenue, offers institutional trade execution tools and operates a proprietary trading business. World Trade Financial is building out its space at 17 State Street and is expected to move in the coming months.

In the second deal, Arias Resource Capital Management LP, a private equity firm focused on the metals and mining industry, has signed a 6-year, 5,138-square-foot lease for a portion 23rd floor at 17 State Street. The tenant relocated from 14 Wall Street and is also paying rent in the mid-$50s per square foot, CompStak data shows.

“The building continues to achieve some of the highest rents downtown,” said AJ Camhi, vice president at RFR Realty. “Last year we did a lease at $60 per square foot, which downtown is equivalent of the $200 per square foot range.”

Asking rents at 17 State Street range from $58 to $62 per square foot. RFR Realty has leases out on 20,000 square feet of space and expects the occupancy rate at the building to hit 96 percent in the near term.