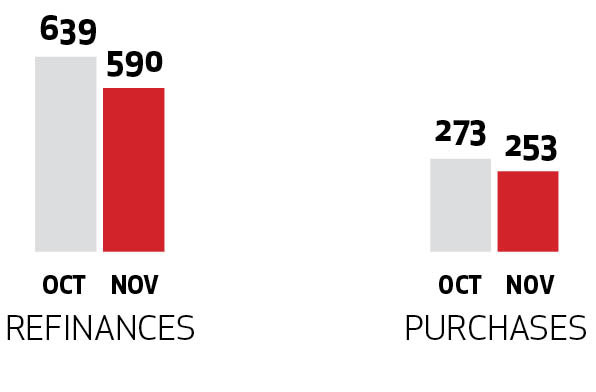 January 2014’s data reflects mortgages recorded by the New York City Department of Finance as this issue was going to press. Despite several factors, among them the regular end of the year rush and the chatter around commercial real estate’s reaction to a de Blasio mayoralty, activity slowed between October and November 2013.

Both purchases and refinances fell off in November 2013.  Looking back a year, November 2013’s totals were down all the way from 757. With the end of the year approaching, sales rose in Manhattan but declined in the other boroughs studied.  Activity in the Bronx fell to nearly half that seen in November 2012.

Catapulting Signature Bank to the top of transactions for November 2013 was Rainbow Estate Group’s purchase of several Upper West Side buildings from Baruch Singer. Public records show the bank provided $214.4 million for the portfolio’s purchase.