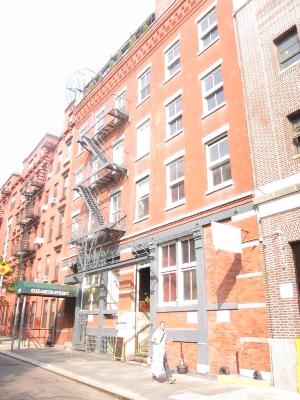 After contemplating a move elsewhere, Gawker Media has decided to expand within its current building at 210 Elizabeth Street, according to Capital New York.

Gawker currently occupies the third and fourth floors of the Nolita property and will expand to the second floor following a renovation.

“Our long search for a new office is over, and it turns out what we were looking for was right beneath our noses the whole time,” wrote Joel Johnson, editorial director, in an email to staff cited by Capital.  “It was just rented by other people. And ugly.”

The media company had previously been close to a relocation deal but negotiations broke down after current tenants in the unspecified building objected, Capital previously reported. Gawker had been in negotiations to take space at the Kushner Companies‘ Puck Building, according to a source familiar with the parties involved. Tech start-ups in the building had worried Gawker reporters would overhear conversations and funnel information to Valleywag, Gawker’s Silicon Valley blog. Jared Kushner, chief executive of Kushner Companies, publishes The Commercial Observer.

The renovations to the second floor at 210 Elizabeth Street are scheduled to be completed in March, according to Mr. Johnson’s email to staff.

As reported by The Commercial Observer, 210 Elizabeth Street was part of a portfolio that sold to S.W. Management last year. The buyer, a real estate owner/operator run by Stanley Wasserman, acquired four buildings from Ozi Management for $45.2 million. The buildings are located at 198-200, 202, 204-206 and 208-210 Elizabeth Street.