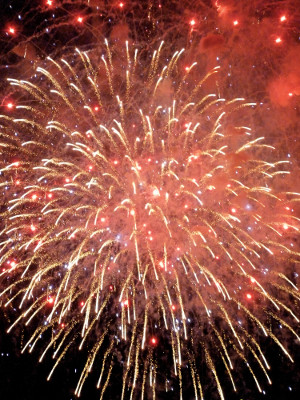 One of the questions on the minds of many in attendance at these elaborate events this year will no doubt be whether the financial institutions have reached or exceeded their goals in providing funding for real estate transactions. One thing is certain: CMBS investment bankers have exceeded last year’s output, yet it is not certain if the Wall Street shops will reach a $100 billion in gross lending. There are also the traditional savings and commercial banks, mortgage REITs, private equity funds and insurance companies, as well as new players in town who joined and/or increased their volume of financing this year. According to Jones Lang LaSalle New York Capital markets, the preliminary U.S. investment sales volume of the third quarter of 2013 registered $76 billion, up 29 percent year over year, as volume growth in office, retail and industrial offset the decline in apartments. CMBS new issuance of $65 billion so far for 2013 compares to $48 billion for all of 2013 and includes $17 billion issued during the third quarter of 2013.

In the Manhattan capital markets, investment sales witnessed continued strong activity in the third quarter of 2013 with more than $6.5 billion in deals closed. Closed and under-contract sales volume through the third quarter was $25.9 billion, which already exceeds 2012’s total activity. With investment activity rising at an increasing rate, financing has been issued by the vast number of lenders providing financing for commercial real estate.

Another new entrant to the New York marketplace was Wyomissing, Pa.-based Customers Bank, headed by former Sovereign Bank executives Jay Sidhu and Richard Ehst. In April 2013, the bank opened a regional office on Park Avenue and has been actively involved in providing financing for commercial real estate.

This past fall, BankUnited and Customers Bank joined with New York Community Bank to originate a $160 million fixed-rated mortgage on a 135,000-square-foot property owned by RFR Realty at 980 Madison Avenue. New York Community held onto $90 million of debt, with BankUnited taking $40 million and Customers Bank picking up $30 million. As reported in their earnings report for the third quarter, of the $3.4 billion of loans produced for investment in the quarter, $2.6 billion, or 77.6 percent, were multifamily loans. This is the largest volume of multifamily loans produced in a single quarter.

As the volume of loans has increased over the past 11 months, the spreads that lenders are charging have been reduced due to the increased competition. Pricing for construction loans has fallen by nearly 75 basis points as well. An increasing number of lenders are offering and providing financing for vacant land, offering loan-to-values as high as 70 percent. Debt service levels and debt yields have been reduced and more and more levels of preferred equity and mezzanine financing have been placed on financing. A number of lenders are offering periods of interest only of up to three to five years. Mortgage REITs have become very active players, providing loans at higher levels than traditional lenders.

All in all, 2013 has been a positive year for commercial real estate investment and financing, especially in the tristate region.