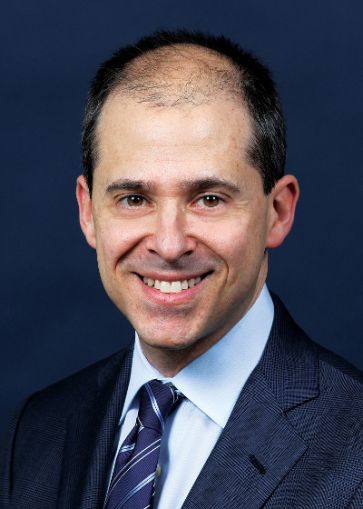 Mortgage Observer met with Stephen Rabinowitz, who as chair of the New York real estate practice at Greenberg Traurig, represents a wide range of clients, including private equity funds, financial institutions, developers and operators. He shared details about helping to grow the firm’s real estate practice and, on the fifth anniversary of Lehman Brothers, reminisced about shepherding clients through the financial crisis.

Mr. Rabinowitz: I began practicing in 1987. I had a federal clerkship for my first year out of law school, which is an unconventional path for transactional real estate lawyers, since most people who have federal clerkships end up as litigators. After that, I went back to the firm where I had been a summer associate, which was Tenzer Greenblatt, a midsize firm at the time that specialized in real estate. I was there for about two years and then went to Jones Day’s New York office, where I stayed for five years before starting here.

What year did you join Greenberg Traurig, and how did that opportunity come about?

I came here in the summer of 1994 with a partner I had worked with at Jones Day. I was still an associate at the time. Larry Hoffman, who was one of the founders of Greenberg Traurig, at that point was very focused on building the firm’s presence beyond South Florida, where it had been dominant for years. At the time, there were five or six people in this office, and Larry was looking to grow the real estate department. As compelling as the prospect of becoming a partner at Jones Day would be, Larry told a more compelling story about a young guy like me having an opportunity to participate in the building of something new and dynamic and different. We’re now a department of 45 lawyers, so the opportunity has far exceeded what Larry originally proposed.

What are your two biggest accomplishments since you began practicing?

My biggest accomplishment was helping grow this department into a city and national leader in real estate and real estate finance and what I consider the premier client service platform in our business. Interestingly enough, we’re having this conversation on the fifth anniversary of Lehman Brothers, so I would have to say the second biggest accomplishment was being able to help such a wide variety of clients get through that—whether it was lending-side clients, working out loans or taking back properties and figuring out a way to repackage them or whether it was working with hotel clients to renegotiate debt. We had one client of which Lehman Brothers was an equity partner.

What’s the most interesting real estate development or financing deal you’ve represented a client on?

The development I’m most proud of has been working with one hotel client who about six years ago, in connection with buying a hotel in Chicago, bought a brand along with that hotel, which at the time was not a very well-developed brand. Over the years, I’ve been working with the client to turn that brand into something that’s now in New York, Chicago, Miami and soon to be in Los Angeles. Being able to take on a client and not only help them with the core real estate, but to really be there as they’re transforming the company and the brand, has been incredibly exciting for me.

Are there any other deals in the works that you have client clearance to talk about?

Sure. We are representing the biggest developer in Austria, which is moving into New York for its first deal and recently partnered up with Lou Ceruzzi for an upcoming development. They just acquired a site on 50th Street. I represented the buyers of that deal and am now representing them in their plans to build a beautiful hotel there. I have also over the course of my career had some unconventional real estate clients—companies in the entertainment and arts industries that happened to have real estate needs. One of the things I’ve recently worked on is representing the owners of Brooklyn Bowl in doing their joint venture with Madison Square Garden in Las Vegas, where they will soon open up an anchor entertainment venue in Caesars’s new Linq development right on the strip. At the same time, I am helping them bring a Brooklyn Bowl to London in a joint venture with AEG.

Yes. I think it reached a height of complexity between 2006 and 2007 when debt was becoming so highly structured in terms of tranching and so on. In the past few years, I think we’ve seen things get a little simpler. But at the same time, there’s such heightened scrutiny on the lending side about what deals look like. So the biggest challenge is making sure that our clients on the capital consumer side have the freedom to do what they need to do to develop an interesting project but at the same being able to satisfy the lenders’ requirements for heightened control. With so many lenders having seen how hard it is to work out projects, including lenders who became accidental hotel owners and accidental multifamily owners, there’s also a heightened appreciation for how much knowledge and expertise it takes to turn the bricks and mortar into something that generates real value.