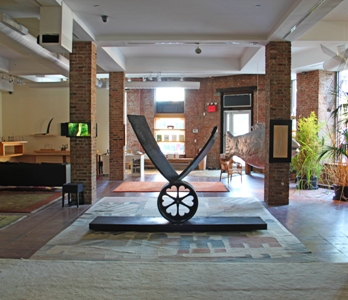 Having sold the building at 545-547 West 20th Street 12 years ago, Stuart Siegel of CBRE had a unique understanding of the property when earlier this year the owners asked him to sell the property’s ground floor commercial condo space.

Last week, Mr. Siegel and his team closed the sale on behalf of previous ownership to 120 Eleventh Avenue Retail LLC for approximately $7.95 million. The team was then retained by the buyer to market the 4,773-square-foot corner space at 547 West 20th Street for lease. Previously occupied by the art gallery of statistician Edward Tufte and located next to the Elizabeth Dee gallery at 545 West 20th Street, the space could be employed for a number of retail uses.

“We’re thinking there are many potential users, not just galleries, but also showrooms, event spaces, perhaps even some sort of unique office tenant that wants a ground floor presence,” Mr. Siegel told The Commercial Observer.

Though galleries have utilized the space in the space, some of the property’s features may be more appealing to other users, Mr. Siegel added. “Some other users would like the exposed brick and exposure to the West Side Highway,” he noted. “The space has great light and sometimes for galleries that is not a plus.”

Located on the corner of 11th Avenue, the building and enjoys visibility from the West Side Highway and is adjacent to David Zwirner’s new gallery. The space is move-in ready and features a 965-square-foot basement storage space.

Mr. Siegel, Matthew Bergey and Daniel Bodner represented the seller in the transaction, and will market the property on behalf of the new owner.