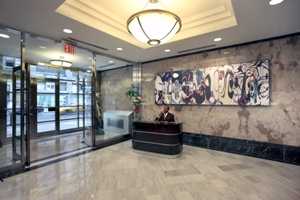 Appboy, a mobile relationship management platform, has signed a five-year deal for the entire 6,500-square-foot 16th floor at Handler Real Estate’s 263 West 38th Street, The Commercial Observer has learned. Asking rent for the space was in the mid-$30s per square foot.

“Appboy was in expansion mode and we found a good deal on an efficient floor with solid light on three sides,” said Daniel Lolai of Murray Hill Properties, who represented the tenant. “It’s a solid deal for a tech company.” The tech firm will relocate from nearby 265 West 37th Street and was keen to stay in the area, especially with rents escalating in the tech hotbed of Midtown South.

“They did not need to be in Silicon Alley and didn’t need to pay new Midtown South numbers,” Mr. Lolai noted.

Appboy provides user profiles, customer segmentation and other services to app developers. The company received $1.5 million in seed funding in 2012, according to CrunchBase, and is backed by a number of venture capital firms including Blumberg Capital, T5 Capital and Metamorphic Ventures.

Scott Galin and Peter Newman of Handler Real Estate represented the landlord in-house. The landlord brokers declined to comment on the deal.