CMBS: Keep Calm and Carry On

Anyone who follows the CMBS market, especially in relation to its contribution toward funding the massive amount of commercial real estate loans coming due the rest of 2012, knows that it can be a topsy-turvy ride. But experts tell The Mortgage Observer that despite the load of coming-due loans and a CMBS market that’s a fraction of where it was pre-crash, there’s no reason to panic. This, even as delinquency rates for CMBS climb higher and higher.

According to data from Trepp, initially there was roughly $70 billion in CMBS set to mature in 2012. As of the end of August, $38.6 billion of that was still outstanding, though this figure “is somewhat skewed by loans past their maturity dates but not modified,” one analyst said. These loans will likely meet differing ends, through extensions, modifications or liquidations. Just counting loans that are current, $13.5 billion is due to mature for the rest of the 2012. Of note is the fact that several firms re-entered the CMBS market in 2011—among them Prudential, through a joint venture with Perella Weinberg, and KeyBank Real Estate Capital, which initially had a table funding arrangement with JPMorgan. Prudential Mortgage Capital Company said in a release at the time that the venture would “provide its borrowers with access to the commercial mortgage backed securities market without creating a new CMBS warehouse.”

Clay Sublett, a senior vice president at KeyBank who is in charge of CMBS as well as life insurance company placement and the FHA group, said his firm’s initial table funding arrangement allowed for a degree of protection too.

“That was to allow us to protect ourselves from warehousing risk,” Mr. Sublett explained. “In hindsight it was a good move because in July and August of 2011, for a combination of factors, the CMBS market went through a hiccup.”

He referenced three factors during this period—the debt ceiling debate, Standard & Poor’s downgrade of the U.S. credit rating and the agency’s withdrawal of its rating on a $1.5 billion Goldman Sachs and Citigroup pool of CMBS—as particularly pernicious. This all created a perfect storm, keeping the CMBS market tamped down at a time when it was crucially needed.

“What resulted from that,” Mr. Sublett continued, “was that CMBS spreads widened roughly 100 basis points.” He cited the lack of hedging products designed to protect warehoused loans as one reason the market isn’t more improved.

Christopher Bushart, a senior director at Fitch Ratings in the structured finance and commercial mortgage division, echoed this sentiment. “A big difference with the way that loans are originated now compared to how it was prior to the bubble bursting is that banks—in just the assessment of risk—they were much more comfortable warehousing, so you would always have a supply of loans,” Mr. Bushart said. “This was just a machine.”

Fitch Ratings, for its part, predicted in early August that the next 12 months would prove “challenging” as far as CMBS maturities were concerned. Fitch at the time saw $24 billion in deals it rated set to come due during that time frame, 41 percent of which, under the rating agency’s defined stressed refinance parameters, will not be refinanced. The problem child is that 2007 vintage of loan, underwritten to some pro forma income.

“What could be interesting is a loan on a property that was 70 percent occupied and they were saying that it was going to get to 90 within 12 months, and all of the numbers were based off of that and it didn’t happen,” said Jonathan Teichmann, a director at Fitch Ratings in the structured finance and commercial mortgage division. “That’s probably not going to get refinanced, certainly not without some new partner or infusion of cash to pay down the existing debt.” 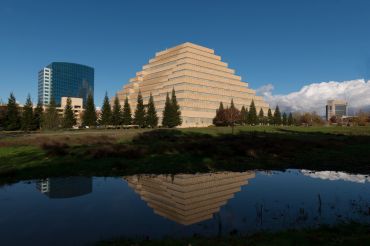