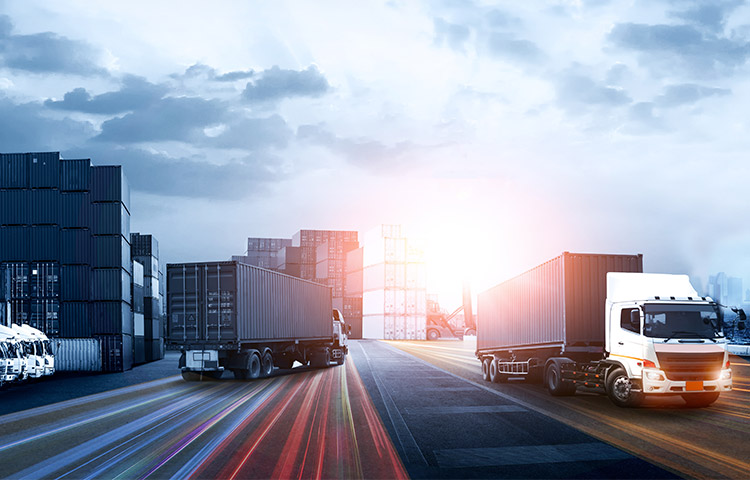 The retail and industrial markets in Long Island are largely following national trends so far in 2022 as industrial remains commercial real estate’s golden child and retail continues to struggle, as it had even before the pandemic.

“The hottest market and fastest-growing sector on Long Island currently is the industrial real estate market,” said Marc Fogel, partner at Berdon Accountants and Advisors LLP. “Developers both regional and national are investing in ground-up projects for industrial warehouse space across Long Island. Shopping online was prevalent before the pandemic, but similar to employees’ work habits, the pandemic shifted customers’ buying habits. No one was going to stores during the height of the pandemic,  everyone was shopping online. This trend is continuing, leading developers and private equity companies to invest in warehouse and last-mile distribution centers in order to keep up with customer demand.”

Cushman & Wakefield’s Q4 2021 industrial report noted that vacancies in the sector ended the year at “historically low levels, posting a year-over-year decrease of 140 basis points to 2.7%.” Absorption levels also set a record, with year-to-date net absorption of 2.2 million square feet, more than triple the level of 2020.

While deal volume ended the year at 2.6 million square feet — 29 percent lower than in 2020 — the decline was due to a lack of supply, not a drop in demand.

In its industrial report, Newmark noted that industrial’s hot streak is showing no signs of slowing down, as “over 1.8 million square feet of new industrial product is on course to be delivered in the next 12 to 24 months.”

“Fueled by pandemic-driven ecommerce activity, developers have brought new spaces to the market,” the report read, “which are necessary to accommodate the growing presence of logistics users.”

The report also noted that leasing velocity had a healthy quarter, with “approximately 872,000 square feet of leases across 80 transactions,” and with 90 percent of the transactions occurring for spaces of less than 20,000 square feet.

“There has been a definitive and robust reaction to the tightness in the market. However, there are 7,500,000 square feet of new development which is going through the entitlement process,” said David Pennetta, executive managing director, LI, for Cushman & Wakefield. “In June, we are closing on an additional 9.8 million square feet which are already entitled. That’s a whopping 9.6 percent increase in supply. The good news is that the new space is not directly competing with existing space because of column spacing, loading docks and ceiling heights.”

In March, Amazon signed a 10-year lease for warehouse space in the former headquarters of the Newsday newspaper in Melville, taking 276,500 square feet of space.

The overall progress of 2021 seems to be ongoing through 2022. According to Newmark’s first-quarter report, industrial vacancies continue to fall, declining 10 basis points quarter over quarter to 3.4 percent, “its lowest point since the fourth quarter of 2019,” and a year-over-year decline of 140 basis points.

At the same time, according to the report, an “extremely active leasing market” saw 80 transactions totaling 1.2 million square feet in Q1. In order to meet the nonstop demand, developers are keeping the construction pipeline filled, with more than 2 million feet of development — an all-time high — currently underway.

As for retail, the National Association of Realtors noted that as of the second quarter of 2021, Long Island’s retail market was in weaker shape than the national retail market overall. The vacancy rate increased year-over-year from 4.4 to 4.7 percent. The national vacancy rate as of Q2 2021 was 4.3 percent.

“The changing habits of consumers have negatively impacted the retail market on Long Island,” said Fogel. “Big-box retailers such as Century 21, Sears and Modell’s have all gone into bankruptcy and closed all of their stores over the past couple of years. In addition, Bed, Bath & Beyond has reduced their footprint and closed some of their locations, and with retailers such as Kohl’s said to be having issues as well, landlords are finding it difficult to fill these large storefronts.”

And there are also signs of life on the retail deal and expansion front.

In January, the Huntington Shopping Center in Huntington Station, Long Island, announced a $75 million redevelopment that will include new landscaping, walkways, parking lots, and the construction of a new Whole Foods Market.

It was announced in April that the supermarket chain Lidl, which already has 21 stores throughout Long Island, broke ground on its first ground-up Long Island location, and its largest location to date, at 450 Commack Road in Deer Park. The store is expected to open sometime next year.

Last month, Wegmans announced its first-ever Long Island location, a 100,000-square-foot store in Lake Grove. Also last month, Whole Foods at Westbury, a 55,109-square-foot shopping center in Garden City anchored by a Whole Foods Market, was sold by Midwood Investment & Development to a private family investment firm for $65.25 million according to JLL Capital Markets, which represented the seller. The Market, at 857 East Gate Blvd., is the most visited Whole Foods store on Long Island.