Companies like Actuate and Kastle handle safety and other operations for offices, apartment complexes and, yes, schools 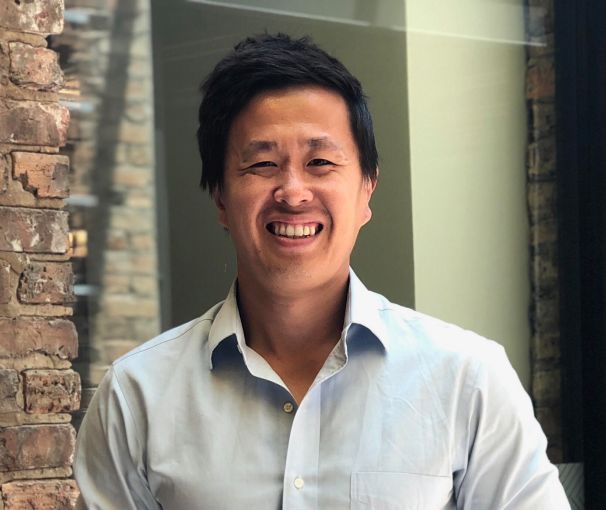 The sites of mass shootings in the U.S. have become so familiar, numerous and frightening that they can be recollected just by reciting their locations: Las Vegas, Orlando, Blacksburg, Parkland, Newtown, and now Uvalde.

Even as the nation grapples with the onslaught of gun- and assault weapon-driven calamities, a few proptech companies have been examining how technology might help prevent such tragedies.

Born in Taiwan, and raised in South Africa and Chicago, Sonny Tai’s early experiences led him to think deeply about security issues. That thinking eventually became proptech security startup Actuate, which bills itself as a real-time, artificial intelligence-video analytics company for buildings. Tai is the CEO and co-founder of Actuate, which is based in Manhattan.

Tai’s journey to being an entrepreneur focused on proptech-driven security was heavily influenced by violent incidents he and his family experienced while living in South Africa, he said.

“I grew up in South Africa in my formative years, which is not a safe country,” Tai explained. “South Africa has two times the homicide rate per capita as the city of Chicago, which is often used by the media as the whipping boy for crime in America.”

While in South Africa, the Tai family had friends who were robbed at gunpoint and carjacked, and in one case, a family friend was fatally shot by a home intruder, he recalled. The violence led to his family moving to the U.S. when he was 13 years old and settling in the Chicago suburbs.

After college, where he majored in political science, Tai’s journey continued with a 10-year stint in the U.S. Marines, after which he earned an MBA from the University of Chicago and entered management consulting. Following the mass shooting in 2017 in Las Vegas that resulted in 58 deaths — for now the highest total in one incident in U.S. history — Tai decided to start Actuate.

“I started looking into how we can use technology to save lives during these types of violent crisis situations,” he said. “I knew that we weren’t going to solve gun violence. I think it takes a whole society approach, including Americans being much more willing to embrace regulatory and legislative changes on weapons to actually solve the issue. But maybe we can save lives when these things happen.”

One of the real estate sectors Tai quickly identified as needing greater tech-driven security was schools. “I started having conversations with educators, law enforcement leaders, and I got a lot of feedback that said, ‘Hey, I wish security cameras could detect threats. All they do is sit there and record footage. But what if they can see like a human being can see?’”

During his research, Tai met his co-founder, Ben Ziomek, a former Microsoft engineering and AI-team leader and AI consultant, with whom he started to build the startup (Ziomek is now Actuate’s chief technology officer).

Then COVID hit and buildings were locked down, said Tai.

“People weren’t thinking about gun violence in buildings,” he said. “So we did a bit of a pivot. Now we have built a much more holistic solution for safety and security, deploying security cameras, but more than for just gun detection. We can deploy to detect loiters, intruders, people counting, identifying crowds, and so forth. We found that a lot of companies want to use this for perimeter security to identify people who are breaking in and stealing stuff.”

While that pivot has seen Actuate being “deployed on 20,000 cameras at 1,300 sites, some of which have multiple buildings, with $3 million in revenue a year,” said Tai, the spike in horrific mass shootings in the U.S. recently has resulted in “a significant renewed interest in gun attention. Our unsolicited inbound email has gone up five times over the past month, about half from schools and school districts.

“But it’s not all gun detection. It’s a combination of gun detection and our more traditional intruder detection. That’s where we’re at now,” Tai said. “[We had] an initial focus on schools, but now it’s basically anybody with a major real estate footprint that is concerned about safety and security.”

In contrast to Actuate, Falls Church, Va.-based Kastle has been in existence for 50 years and is “the biggest provider of managed access control and property tech solutions for commercial real estate in America,” according to its chairman, Mark Ein.

Although Ein has seen demand for access control and integrated building security grow dramatically in recent years, schools have by no means been the biggest focus.

“Education is a vertical that we have some customers in, but it’s not been a core focus,” Ein said. “The same technologies that we use to protect office buildings, apartment buildings and shopping malls can be used for schools. As the name describes, it’s [all] access control. It’s having a door that you need to be credentialed to get access to and that’s the only way you can get in.”

Kastle continues to grow its hardware and software platform to monitor access and manage the identities of tenants and visitors in buildings, while communicating that information to building management, Ein said.

“Interestingly, in the last 15 years, we really embraced video, because before we did that video was only used after the fact, reactively,” Ein said. “By layering in AI and other technologies on top of the video, you actually can make videos a proactive technology, not just reactive technology. The cameras that we put in trigger an alarm if someone is in a place that they’re not supposed to be or if something gets removed from a permanent space. It’s the biggest force multiplier for security forces because you can basically have eyes and ears everywhere.”

Similarly, Actuate uses a building’s existing camera system to pull live video that can be monitored by its cloud-based AI, said Tai. AI-powered security also differs from older technology such as x-rays by analyzing such video over and over again to detect patterns — and therefore provide warnings.

“Our computer vision models have been trained over a million images and basically spit back whether it’s a human being holding a gun, [someone] loitering, a large crowd forming, whatever the case may be, and then sends back a notification. And a customer could process the notification in any way,” including being relayed to a dispatch center, a school resource officer or other designated recipients, he said. “The idea is to get real-time information into the hands of those that are responsible for responding.”

However, Tai is skeptical that technology alone can guarantee the hardening of schools to prevent mass shootings there or elsewhere.

“I think that we have to operate within the political realities of the nation that we live in,” he said. “And the fact is that in the United States we have a critical mass of very, very passionate gun owners who perceive any increased regulation or legislation as an infringement of their rights. It doesn’t mean we shouldn’t continue trying for them. I am actually a proponent of regulation and legislation, but I think these things are going to take time. And while these things are taking time, I think it does make sense within reason to make not just schools but areas of mass congregation harder targets.”