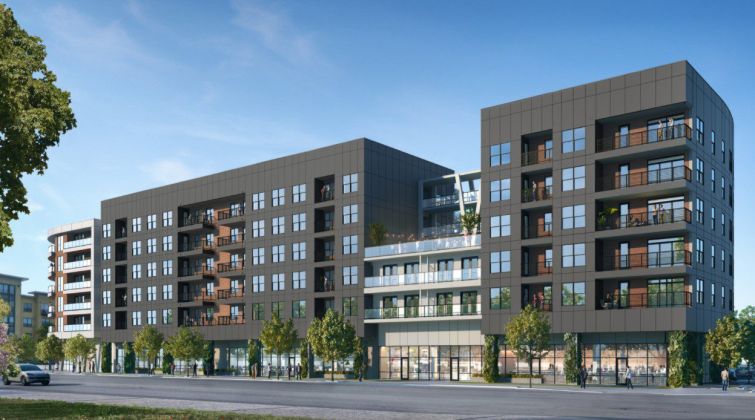 Austin-based Pearlstone Partners and New York-based developer and manager ATCO have locked in $59.5 million in construction debt from Knighthead Funding on a planned mixed-use, condominium project in Austin, Texas, Commercial Observer has learned.

The financing from Knighthead continues a recent string of Austin condo deals the lender and Pearlstone have linked up to work on together over the last two years. This deal marks the fourth Pearlstone condo construction project financed by Knighthead since late 2019, according to the lender.

The project — to be located at 1808 Aldrich Street — will include 170 market-rate residences and 30 affordable units, as well as 22,318 square feet worth of office condominiums and a single, 4,884-square-foot retail condo.

“All three previous projects which [we] financed for Pearlstone are performing at exceptionally high levels, and with demand in the market continuing to remain strong, we expect this asset to perform equally well,” Knighthead Vice President Henry Boeckmann said.

The location of the development puts it just a few miles north of Downtown Austin, right off Interstate 35, a main thruway leading to and from the city.

Pearlstone and ATCO’s development will be sandwiched between Mueller Lake Park and the Dell Children’s Medical Center of Central Texas, which is also bordered by the Mueller Regional Retail Center, a shopping center that includes a range of major retailers like Best Buy, Home Depot, Staples and Marshalls. There’s also a variety of food and beverage options within the open-air center, and a Residence Inn by Marriott Austin-University Area situated nearby. Just two miles north of the project, up I-35, is a bevy of additional shopping and hospitality assets supporting the area.

With that, major companies like Google, Oracle Corp. and Tesla, which is still in the process of wrapping up construction on a massive “gigafactory” in the city, are establishing strong outposts in Austin. More recently, Samsung Electronics — a chip supplier to Tesla — is on the verge of an expansion, planning to deploy $17 billion into a new chip-making plant in Taylor, Texas, which is about 40 minutes away from Austin.

“Both Google and Tesla have announced they are moving operations to Austin, and Oracle has already done so. These companies are bringing an influx of new residents that will further drive demand for the kind of housing Pearlstone is providing,” Knighthead Principal Jonathan Daniel said. “Our loan will allow Pearlstone to build on the success they have had producing quality housing in this high growth market.”

Pearlstone has certainly positioned itself to ride the waves of growth in Austin, from a residential real estate perspective. In October 2020, Pearlstone locked in $26.5 million in debt from Knighthead to build a 113-unit complex in the city, and several months before that, in 2019, the developer got a $27.2 million loan to construct two condo properties, totaling 119 units.

An official at Pearlstone did not respond to a request for comment. Officials at ATCO were not able to comment before publication.

Mack Burke can be reached at mburke@commercialosberver.com.