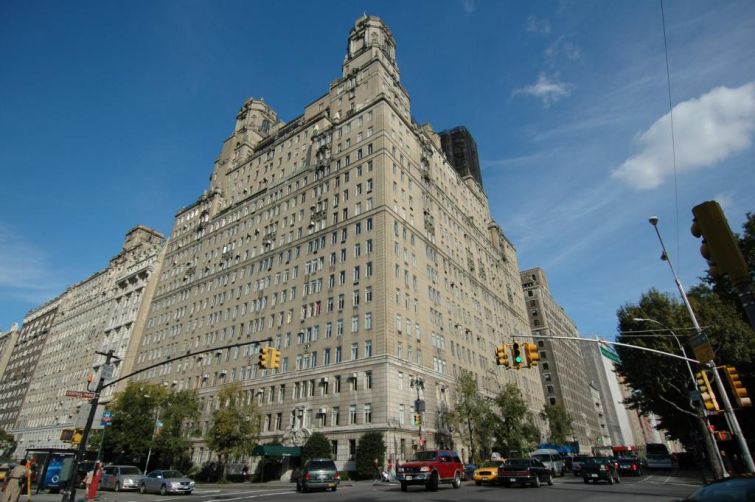 Solar and wind power are easy to view as they proliferate, playing an ever-greater role in real estate sustainability. Less visible, but potentially even more effective, is geothermal power — energy from the earth’s interior that can be captured to provide heat and hot water in buildings.

Although geothermal technology has been around for decades, it is still largely in development for everyday use in real estate. That is changing. The global climate crisis and changing economics have proptech entrepreneurs and sustainability experts seeing a vast opportunity in tapping into an inexhaustible energy source that can greatly reduce buildings’ enormous carbon footprint.

One of the proptech entrepreneurs attempting to make geothermal more accessible and cost competitive is Andrew Lee, CEO and co-founder of Innovia GEO, a Toronto-based startup that is developing energy-efficient, geothermal heating and cooling systems for owners, developers and other stakeholders involved in the design, construction, and operation of buildings and homes.

“Our focus is on developing innovative solutions to reduce the cost of installing a clean and efficient geothermal system, with the objective of increasing the adoption of clean and renewable geothermal,” Lee said of his three-year-old company, which has had a pilot project operating since February in Kitchener Waterloo, a city about 90 minutes outside Toronto.

Depending on the electricity and natural gas prices in a market, the operational energy cost savings of geothermal can be 20 to 60 percent versus a conventional heating and cooling system, Lee said. Innovia GEO has targeted cutting the “payback window” for recovering the costs of geothermal from 10 years to less than five.

The theoretical principles of geothermal technology installation have also existed for decades, but there are still barriers to greater real-world adoption, Lee said. “A lot of that relates to the high cost of drilling and installing the geothermal ground heat exchangers in the ground using conventional drilling methods,” which involves putting plastic pipes 300 to 800 feet into the ground — a time-consuming, expensive and messy process.

Collaborating with Seth Dworkin of Ryerson University in Toronto, Innovia GEO is nearing market readiness to solve that issue with its “Geo-Piles,” which integrate geothermal functionality directly into existing steel foundation piles, eliminating the need to drill and install the equipment separately into the ground, Lee said. Alternatively, builders can get 60 percent of the geothermal energy from the existing foundation and only have to drill 40 percent of holes in the ground, he added.

The geothermal movement has become global, with proptech startups competing to produce the best and cheapest substitutes for fossil fuels and other alternative energy sources.

In New York City, Brightcore Energy advises and funds building owners and operators on maintaining energy efficiency through renewable energy practices. Among its services, Brightcore provides “Geo as a Service,” which enables clients’ conversion to geothermal in retrofit and new construction applications. The company provides 100 percent of the upfront capital and the client pays an annual operational fee for the thermal energy system.

Among its planned projects, in the fourth quarter of 2021, Brightcore expects to start drilling for geothermal energy by going through the basement of The Beresford, an Emery Roth-designed, 23-floor, 175-unit co-op at 211 Central Park West.

Along with their partner, LKAB Wassara, a Sweden-based sustainable drilling company, Brightcore is using what they call “Urban Geo,” a 10-foot-high drill rig that can operate in small spaces, such as in The Beresford’s basement, said Mark Liston, Brightcore’s chief sales officer.

“In this case, it’s an area where old fuel tanks used to be,” Liston said. “We are able to bring our drill rig into the existing space and use the water-down-the-hole-hammer [method], which allows us to drill in an existing building without creating the kind of vibration, dust, dirt and debris that is associated with conventional geothermal drilling.”

The result will be the complete conversion of The Beresford’s HVAC from fuel oil-based to geothermal by the first quarter of 2022.

“One of the major enablers from an economic standpoint is the ConEd incentives. The ConEd incentives have gone up by 33 percent this year from what were good incentives before,” Liston said. “If you’re in Westchester County, where 70 percent of the county has a gas moratorium, it’s 30 percent on top of that. The incentives are really strong from ConEd.

“In addition, NYSERDA [New York State Energy Research and Development Authority] has community heat pump programs, where they’re actually also providing funds for feasibility studies and costs of construction. So, those two things in tandem, as well as the general desire to move away from fossil fuel, are really driving the economics.”

The Beresford conversion was made possible, in part, when Brightcore was awarded a $500,000 grant from NYSERDA for innovative HVAC technology that enables thermal energy storage for building applications, Liston said.

The project utilizes inclined geothermal boreholes to extend the hole depth from a small footprint, capturing a greater thermal mass, according to a Brightcore case study. The boreholes can store heat or cold, maximizing seasonal performance and peak-demand energy reduction.

The system should be fully operational by June 1, 2022, Liston said, at which time, the installation is projected to reduce peak cooling demand by 18 percent and provide heating using 60 percent less energy than an equivalent air source heat pump system. This proposed geothermal system will reduce greenhouse gas emissions by more than 40 percent.

In general, geothermal pumps produce far less environmentally damaging byproduct than burning fossil fuels, according to the U.S. Energy Information Administration. “In fact, they can have a positive effect by reducing the use of energy sources that may have negative effects on the environment,” the agency says.

Bill Nowak, executive director of the New York Geothermal Energy Organization, a trade group that includes installers, manufacturers, distributors and drillers across the state, agrees that the timing is right for geothermal.

“It’s a very exciting time,” Nowak said, pointing to the two-year-old New York state Climate Leadership and Community Protection Act. “We are in the process of trying to meet statewide mandated targets of a 40 percent reduction in greenhouse gases by 2030. We are a key technology toward meeting that goal.”

New York state is a leader in promoting greenhouse gas reduction and provides a number of financial incentives toward reaching its goal, according to Nowak.

“We do have a federal tax credit at this point. And we do have state rebates and the state rebates, in some cases, are quite lucrative when you go to where ConEd is working in gas-constrained areas. But we have yet to get the state tax credit or the state sales tax exemption. Those are a couple of the things we’re going to be looking at for this next legislative session.”

Phil Russo can be reached at prusso@commercialobserver.com.