Are Surety Bonds the Answer to Keeping Vacancies Low? 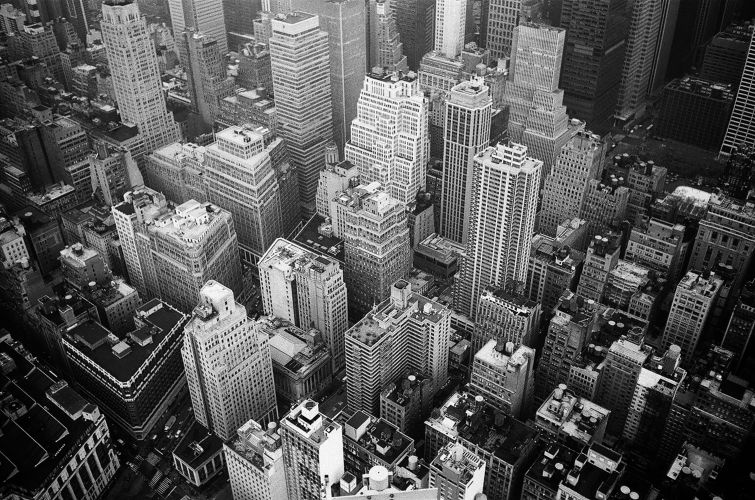 While global pandemics have long been plots for horror movies, a pandemic that drives workers from their offices, causing companies of all sizes to question the need for commercial space, sounds like a Stephen King film targeted directly at landlords.

Since March thousands of businesses have closed their doors in response to state-mandated lockdowns, forcing landlords to watch each month’s rent payments in a state of fear and uncertainty. For many, rent rolls are drying up as space previously locked in to long term commitments suddenly becomes available, and any potential takers are still working from the comfort of their living rooms.

To make matters even worse, many of those workers aren’t coming back. The New York Times recently reported that Barclays, JP Morgan, and Morgan Stanley, to name just a few of the bigger players, have all announced that tens or even hundreds of thousands of employees who decamped to home offices due to COVID-19 may not return.

Current and potential tenants now have a stark advantage in any lease negotiations, after years of working in a landlord-friendly market. To both attract and retain tenants, as well as seek favorable terms, landlords have never been more in need of a leg-up in their negotiations with tenants.

One resource some landlords are turning to is Securiti, a security deposit alternative offered by fintech company TheGuarantors. Securiti provides landlords with a massive “giveback” to offer potential or renewing tenants that is actually free of charge to landlords. This eases negotiations and provides a two-fold benefit; landlords build goodwill from providing a discount to tenants, and tenants gain much needed liquidity at a difficult time.

Securiti allows commercial landlords to return or forego a tenant’s security deposit in exchange for a surety bond backed by any one of a number of powerhouse insurance companies. These bonds cost tenants just four to six percent, on average, of a typical security deposit, and provide landlords with insurance that offers the same protections as a letter of credit — it’s bankruptcy remote and all claims are paid with no questions asked.

“Securiti is great for tenants and landlords,” said Tal Kerret, president of the top commercial real estate development, investment, and management firm Silverstein Properties. “A letter of credit is not money that we or the tenants can use. Securiti provides an opportunity for landlords to help their tenants during these difficult times by vastly improving their liquidity, and it gives peace of mind and assurance to landlords. We have always had the attitude that if a struggling tenant is willing to work with us, we should – and must – do what we can to help them survive and continue to be a tenant of ours. Because at the end of the day, what’s good for them is good for us.”

TheGuarantors provided a case study to better illustrate how this works. A creative ad agency in Los Angeles was looking to relocate and expand their headquarters. Their existing 20,000 SF lease had been secured by $50,000 cash. Negotiations on a new 45,000-square-foot space stalled when the landlord asked for a $725,000 letter of credit, which would have taken several months to acquire in addition to tying up that cash.

As the tenant considered backing out, their broker, Tony Price of LA Realty Partners, contacted TheGuarantors. The initial deal was saved when Securiti offered a bond for three percent, requiring only $22,000 per annum and, therefore, leaving approximately $710,000 free and clear on the company’s balance sheet. 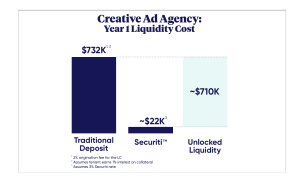 “We found the perfect creative space for the perfect creative company and had negotiated all terms, but then came to a major roadblock on securitization,” said Price. “Fortunately, we contacted theGuarantors, and the surety bond they provided gave the institutional landlord enough assurance to move forward, and saved our client from coming up with about $800,000 out of pocket. Without Securiti, I don’t know how the deal would have gotten done.”

Using a Securiti bond also shortens what is usually a lengthy bank process. While letters of credit can take tenants up to two months to obtain, Securiti can issue a policy in as little as one week, helping landlords keep their vacancy rates low at a time when they’re rising faster than ever.

All of this assures that lease deals close much easier and quicker than normal, providing a boon for landlords and brokers, and a valuable amenity for tenants.

The savings in using Securiti over letters of credit goes beyond the obvious. Letters of credit typically cost tenants a two percent annual bank fee plus the average seven percent return on equity their security deposit money would earn. Landlords who offer Securiti as an option, then, are offering tenants a typical savings, after premium costs, of five percent per year.

For landlords and tenants alike, there has rarely been a time when businesses were in such dire need of freeing up and accessing cash.

According to Autonomous Research, during the first week of the crisis in March, US banks made $243 billion in new corporate loans, double the normal amount. And already U.S. businesses have $51 billion tied up in security deposits, an amount which could have beneficial effects on the economy if it were liquid.

And Securiti could be a boon for tenants by not only freeing up their cash, but by driving up margins as well. Restaurants in New York City, for example, pay an average of $120/square foot per year in rent. For a typical 3,000-square-foot restaurant, removing the security deposit could result in increased margins of three-five percent. This is a powerful tenant amenity for any landlord to be able to offer, strengthening their hand in negotiations as well as their tenants’ businesses.

At a time when tenants are asking for all manner of costly givebacks, rent reductions in particular, Securiti helps landlords keep vacancy rates low and provide tenants with a valuable amenity, without losing thousands of dollars in the process or increasing their risk.

or visit us at guarantors.com/commercial